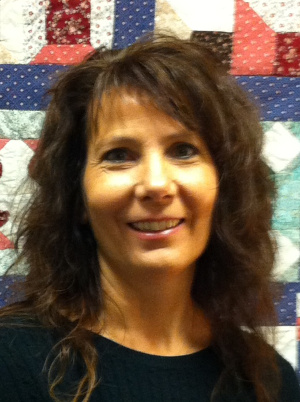 My story begins in April with a simple toothache.  A tooth that had had a root canal two years ago began to ache.  It wasn’t horrific pain, but bad enough that it bothered my everyday life.  I went to my family dentist and she referred me back to the endodontist.  The endodontist took a look and said the tooth needed another root canal.  The root canal was to be done in two treatments this time.  By the time I got to the endodontist my pain had increased considerably.

The root canal was done. Two days later I was in worse, extreme, pain. It was so bad that only Vicodin would relieve the pain and even then it was short lived. I called my endodonitst back and he assured me I wasn’t being patient enough. I waited a few more days, but the pain only increased. Finally, the endodontist agreed to see me again. He went ahead and finished the root canal (second treatment), as he said he did not see any infection. He felt that should take care of it.  The next day I was in MORE extreme pain. The pain was like no pain I had ever had before, and I have had two children! Another trip back to the endodontist and he informed me then, the tooth was cracked and needed extracting.

The pain was so bad I could not wait to have the tooth removed to find some relief.  We were planning a week’s vacation to Florida and I was in a high demand job and needed some relief fast.  The tooth was extracted…I couldn’t wait for the pain to stop.  Imagine my horror when it didn’t.  I called the Oral Surgeon multiple times.  Why is this extraction so painful?? The Oral Surgeon felt I may have a dry socket. I was treated for a dry socket and then went on to Florida. I was in terrible pain my whole vacation.

On my return I went back to the Oral Surgeon to have this dry socket checked. It was still so very painful. After checking the socket the Oral Surgeon said it looked great. That was not the source of my pain. I was just beside myself with frustration.

I began looking for a different endodontist and dentist. I found a new endodontist who examined me and said the pain was coming from the far back tooth. It also needed a root canal. Maybe my pain was always from this back tooth and never really from the one in front of it.  The endodontist said the initial tooth could have been pulled unnecessarily. I was so frustrated and in so much pain, I literally cried. The second endodontist did the root canal on the second tooth (back right bottom). It was to be done in two treatments as well. The root canal was done and the pain only became worse. Back to the endodontist AGAIN for the second treatment. Second treatment done…No relief – The pain increasingly became unbearable! I was taking Vicodin and ibprofin every six hours, sometimes more. This was a living nightmare! All the while trying to work a very demanding job.

I began looking for yet another endodontist.   By this time I have had two root canals and an extraction and I am in more pain than ever. The pain was easily a 10 on the chart of pain levels. I would come home from work and just cry, as by this time nothing was relieving my pain. Three months had passed and I was beginning to feel hopeless.

This time the endodontist I chose was Dr. Robert Corr.  He examined my teeth.  The right side of my mouth also hurt by now and I was just in despair and wondering why my very healthy teeth were falling apart.   Dr. Corr suggested TMJ.  I was very open to his suggestion as I was getting nowhere with dental work.  He recommended Respiras Breathing to me.

I was so desperate I would have tried just about anything. Roberto began working with me. He began explaining the importance of inhalation and exhalation and how it relates to your stress levels.  Honestly, I really didn’t think breathing would be much help.   I did stick with his program, however, and it has proven to be amazing!! I cannot tell you how the pain all began or how it unfolded in medical terminology.  All I know is that this pain came from somewhere.  In hindsight I do not believe it was really even my teeth, but jaw/shoulder/neck muscles pulling on the teeth.  An acute case of TMJ. Sounds bizarre, I KNOW! I can tell you though that Roberto has worked with me, teaching me how the breath relates to stress and how the stress affects the pain in my jaw and teeth.

It is now October…Seven months later and I have very little pain. I am not pain free, but my pain levels stay between a 0-3 on the pain level chart. Furthermore, when I have pain, I have learned to relieve it, not with meds but with breath. I can almost always bring my pain to a 1 or 0. I cannot tell you how joyous I am that I feel better.

My eyes are again filled with joy and excitement, my passions for life have returned and I am so very thankful for Roberto. What would have happened had I not met him? I hate to think of it. In addition, I have been a tooth grinder for a long, long time wearing a night guard at night. I have not needed my mouth guard for almost two weeks.

I will ever be indebted to Dr. Corr and Roberto. Praise God for them and for their openness to treatment. I do not believe that any dental treatment would have relieved my problem.

I highly recommend Respiras Breathing.  It has been a God send to me.